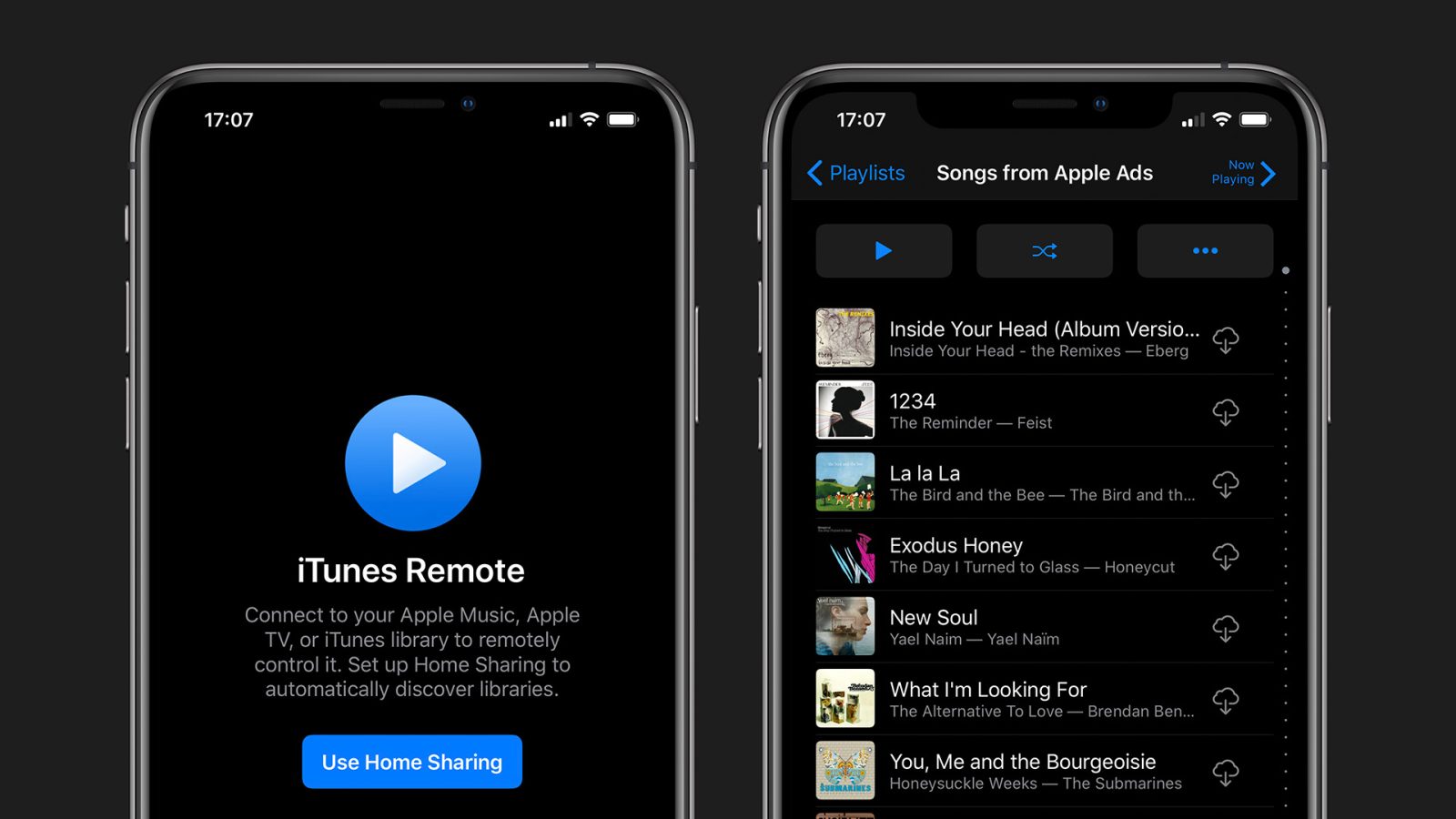 Apple today released a new version of its iTunes Remote app for iOS, which has not been updated for more than a year. Version 4.5 of the app features Dark Mode and enhanced support for the new Music and TV apps included with macOS Catalina.

The iTunes Remote app update follows the release of macOS Catalina 10.15.2 earlier this week, which also brought back support for controlling media playback remotely through an iPhone or iPad. The app had stopped working on the latest version of macOS since iTunes was discontinued in Catalina.

Another new feature of today’s update is support for Dark Mode on devices running iOS 13 and iPadOS 13. Although the release notes didn’t mention it, Apple probably also fixed some bugs and improved the overall performance of the app.

You can download iTunes Remote for free on the App Store. Since version 4.5 has just been released, it may take some time for it to appear to everyone.

iOS is Apple's mobile operating system that runs on iPhone and iPod touch. Historically, Apple releases a new iOS version once a year, the current version is iOS 13.

macOS Catalina was released in the fall of 2019 with new features like a dedicated Apple Music app, Sidecar, and support for Project Catalyst.

Filipe Espósito is a Brazilian tech Journalist who started covering Apple news on iHelp BR with some exclusive scoops — including the reveal of the new Apple Watch Series 5 models in titanium and ceramic. He joined 9to5Mac to share even more tech news around the world.