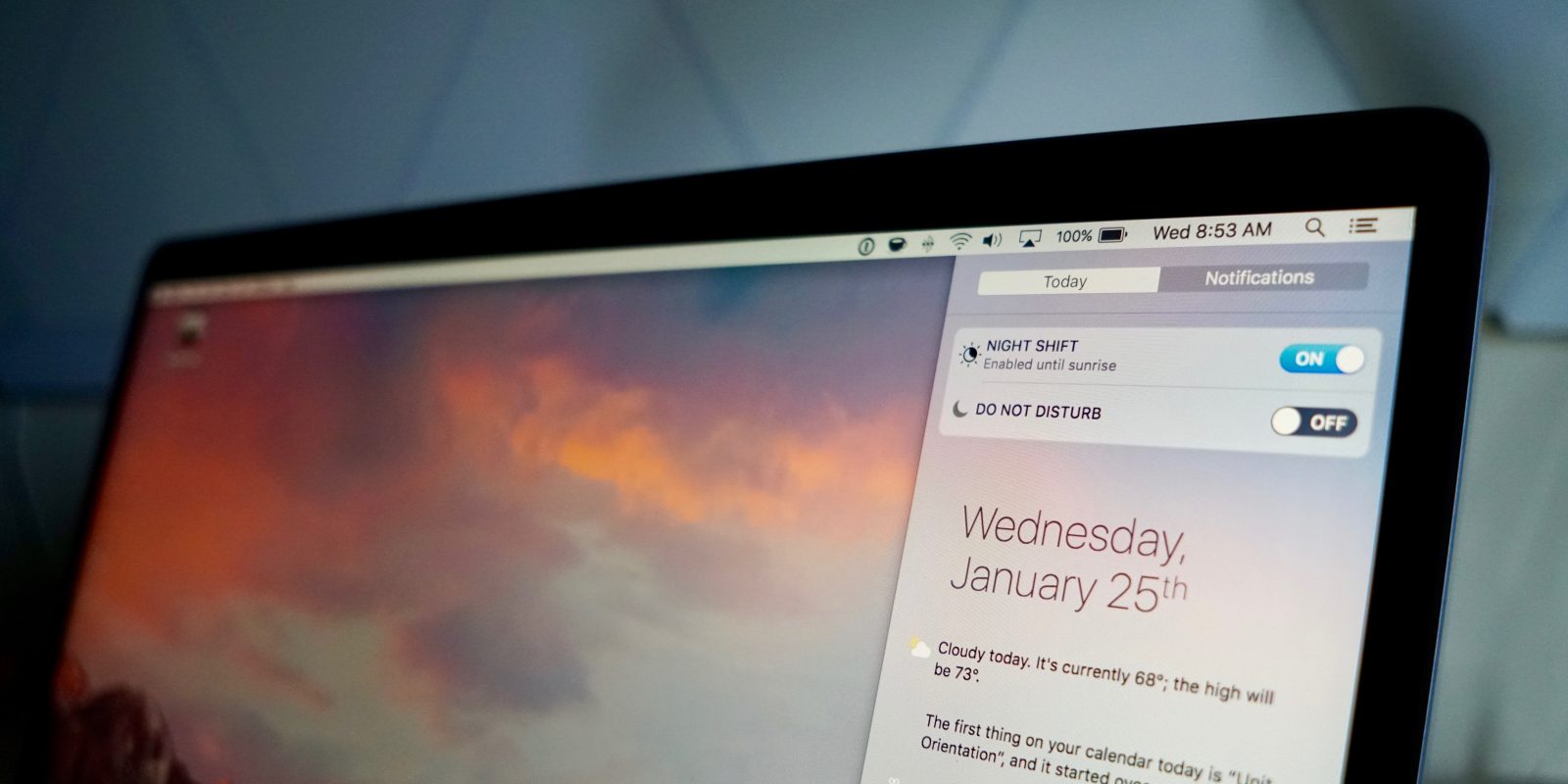 These features are designed to change the temperature and color of your display based on what time of day it is. New research suggests, however, that features designed to reduce blue light before bedtime might not be as effective as initially thought.

According to new research from The University of Manchester (via The Guardian), features like Night Shift could be doing the opposite of what they are intended to do. Reducing blue light exposure has been a common suggestion for many years, and so-called “blue light glasses” even exist to counteract it. The idea is that reducing blue light exposure helps the body get ready for sleep. This research says it’s possible that these features actually confuse the body clock more than they help it.

The study says that brightness levels are more important than colors when it comes to your body clock. But, when the light is equally dim, “blue is more relaxing than yellow.” The study was conducted on mice by Dr Tim Brown, who says there is good reason to believe it also applies to humans.

This makes basic sense: daylight is yellow, twilight is blue, and sunrise and sunset are pretty reliable ways to tell your body clock what time it is. Of course, at this point, we only know it works on mice – and mice don’t have phones. “We think there is good reason to believe it’s also true in humans,” says Dr Brown.

Studies like this should be treated with some skepticism, and in many cases the effects of blue light and brightness on a body clock can very from person to person. It could also be a routine issue, as well. Dark Mode or Night Shift kicks in? You know it’s time to wind down for the day. You can read the full study here.

Breaking news on Apple and the tech industry. Get the latest on how Apple and its competitors are fighting to define the next generation of tech.