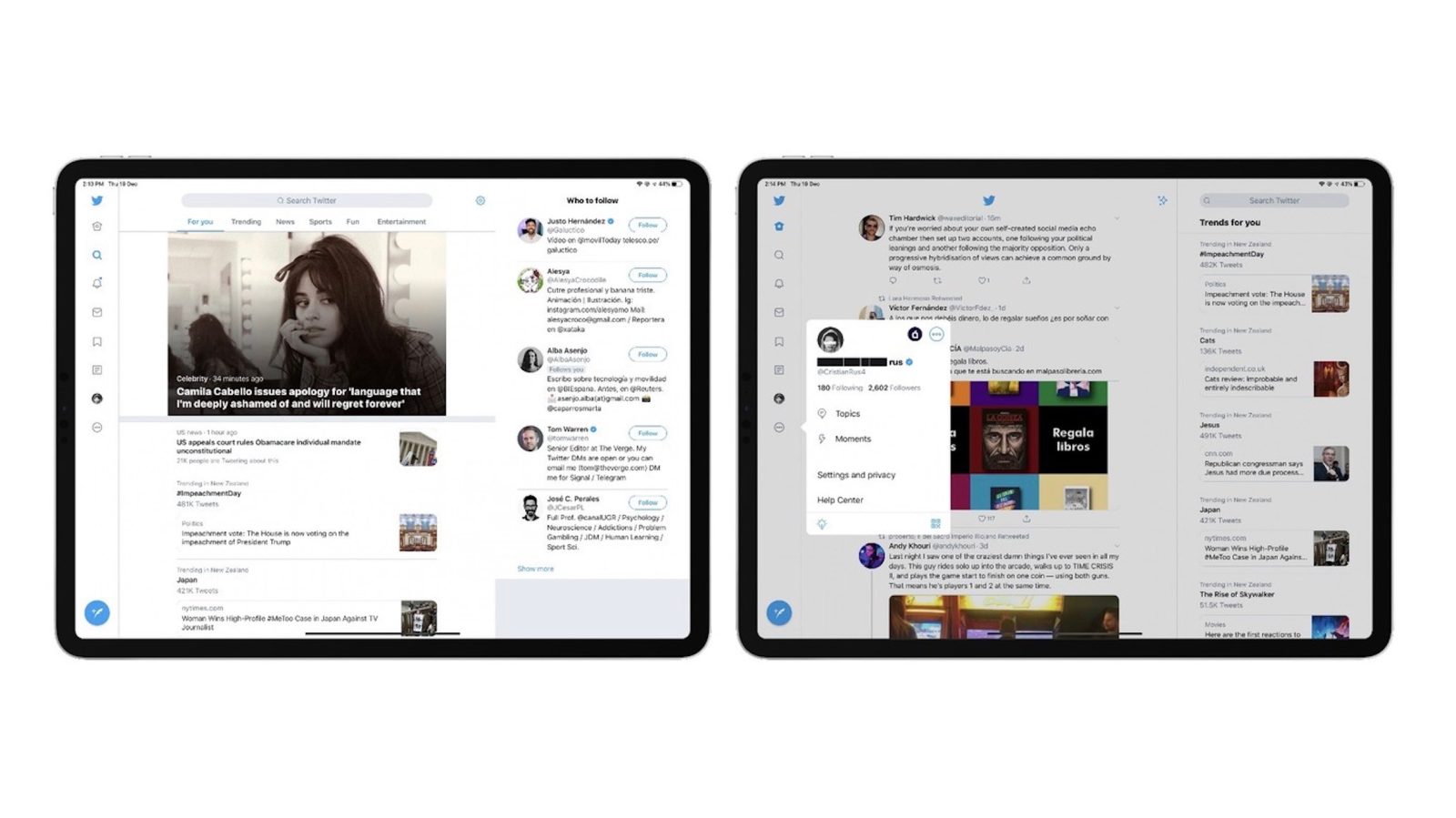 Twitter is rolling out an update to the official Twitter for iPad app that brings a much-needed interface redesign. With today’s update, Twitter for iPad now better takes advantage of the added screen real estate available on the iPad.

As first noted by Applesfera, Twitter for iPad now features a multi-column view that allows you to see quite a bit more information. Up until now, Twitter for iPad featured a single timeline of content, surrounded by white space on either side. This led to a lot of wasted space, particularly in landscape mode.

With this redesign, Twitter for iPad now looks and behaves more like the Twitter web app. The menu bar has moved from the bottom to the side of your timeline. On the other side of the timeline, you’ll now find trending topics and other dynamic content.

Despite these improvements, Twitter for iPad would benefit from a bit more versatility. For instance, the ability to customize the different columns would be highly appreciated, such as support for one column with your timeline and one column with your mentions. Features like this are currently available with Tweetdeck, but Twitter has been reluctant to add them to its standard app. Nonetheless, the new iPad interface is far better than a single column with white space on either side.

The redesigned Twitter for iPad app is rolling out now, somewhat randomly. If you don’t see the new interface just yet, be sure to keep checking over the coming days. What do you think of the new design? Let us know down in the comments!

Twitter is a social networking site that was created in 2006. Users send "tweets" to let people know what they are doing. It was created by Jack Dorsey, Noah Glass, Biz Stone, and Evan Williams.