CES 2020: Thunderbolt 4 will debut this year with quadruple the speed of USB 3 [U: Not actually faster at all] 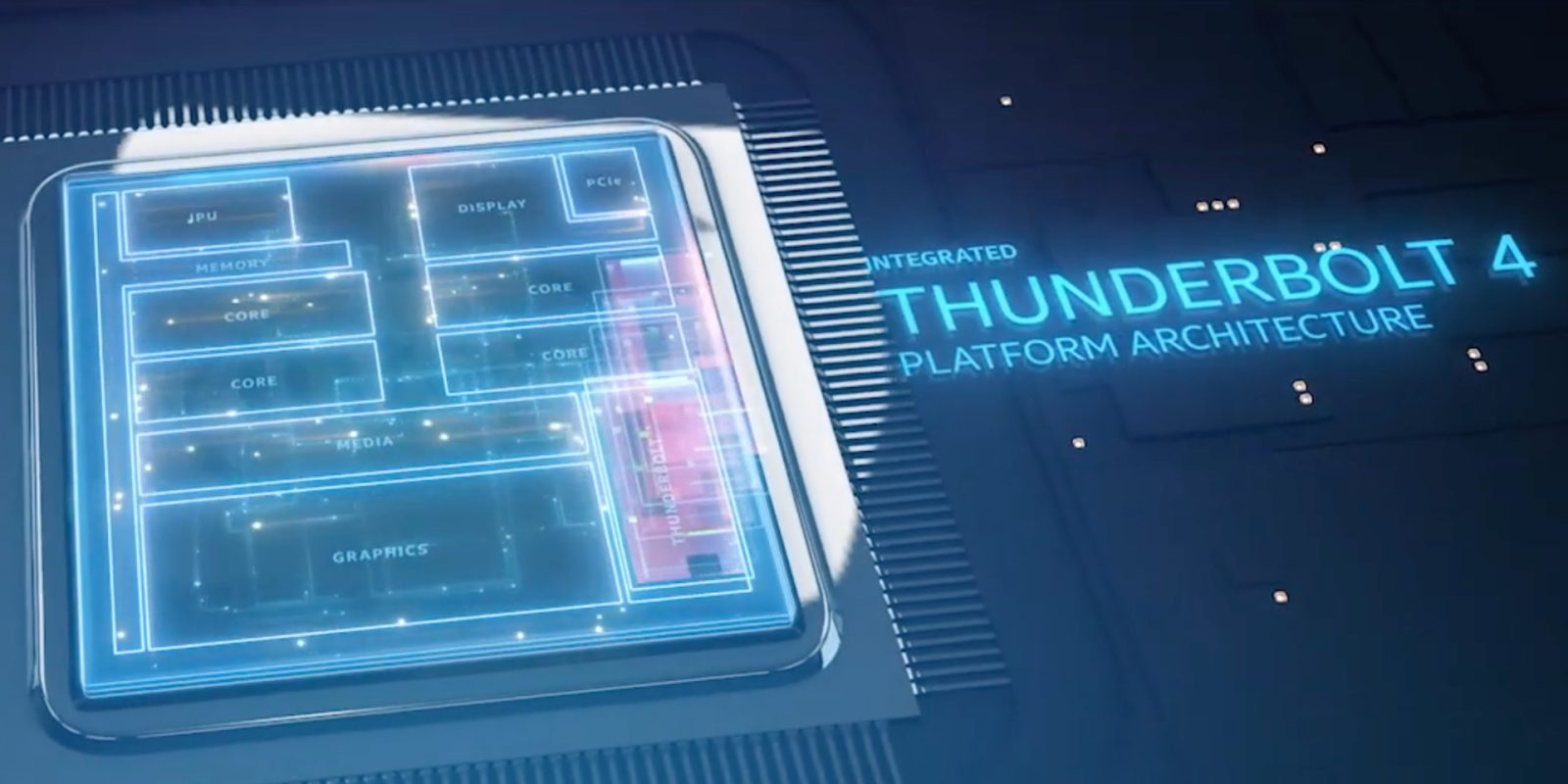 The successor to Thunderbolt 3, aptly named Thunderbolt 4, will arrive alongside new Tiger Lake mobile processors, said Intel during its CES 2020 keynote. The CPU-integrated Thunderbolt 4 will make its debut in a yet-to-be-named thin and light hardware release later this year.

For Mac users, this is noteworthy simply for the fact that Thunderbolt 3 has such a prolific presence on all modern Macs. In fact, every Mac that Apple sells, from the cheapest Mac mini to the highest-end Mac Pro, features at least two Thunderbolt 3 ports.

Although details are still scarce, Thunderbolt 4 will likely require PCIe 4.0 support, which Intel doesn’t yet support on any of its currently available CPUs.

Typical confusing USB nomenclature aside, Tiger Lake processors are destined for thin and light laptops, which means that Thunderbolt 4 will initially be available on machines sporting that form factor.

Details are hard to come by as far as exact specifications and improvements we will see over Thunderbolt 3. The video embedded above, which is extremely scarce on details, is all that Intel has divulged about the upcoming technology thus far. Hence there are no details on power delivery enhancements, display connectivity, backwards compatibility, etc.

With that being said, here’s hoping that Thunderbolt 4 will be better for external graphics and external SSD throughput. The current Thunderbolt 3 technology, which is limited to a 4-lane PCIe 3.0 connection, significantly limits the amount of available throughput when compared to a direct x16 PCIe connection on the logic board. It’s one reason why the new Mac Pro is so appealing, as it allows users to realize the full potential of graphics cards, SSDs, and the like.

Update: So as it turns out, Thunderbolt 4 is basically just rebranded Thunderbolt 3, at least from a bandwidth perspective. Intel stated that it’s four times faster than USB 3, and that’s true, if the measurement is again USB 3.1 speeds, i.e. 10Gbps. In other words, Thunderbolt 4 is just as fast as Thunderbolt 3. No word on whether or not any additional changes will make its way to Thunderbolt 3, but I wouldn’t get my hopes up.

Thunderbolt 3, with bandwidth support up to 40 Gbit/s and the ability to drive two 4K displays at 60 Hz, was developed by Intel using a USB Type-C connector.

A 21:9 wide screen display with Thunderbolt 3.

Still the best tablet on the market.